6 Habits of the Most Innovative People

The reality is, most people struggle to be innovative more than once, but these practices lead to sustained inspiration.

This article originally appeared in Fast Company and is reprinted with permission.

Forward-thinking individuals have a number of things in common.

For one, they innovate—usually not once, but multiple times over. Steve Jobs wasn’t known for just one product. He was known for a handful. Jeff Bezos and Elon Musk weren’t satisfied with one success story. They’ve engineered dozens. And while this might seem like “business as usual” for these types of individuals, the reality is, most people struggle to be innovative more than once.

They build a successful product or company, reap their rewards, and then struggle to do so again.

Since we are in the innovation business, we wanted to share the six qualities we have noticed over the years that all great innovators share in common. These are the things that keep them motivated, engaged, and passionate about continuously pushing the creative boundaries of what the rest of the world deems “possible.”

1. Clarity of Vision, and an Endless Pursuit of Knowledge

Curiosity is a never-ending well of inspiration.

One of the great qualities of an innovative thinker is someone who is curious, open-minded, and willing to think outside of normal paradigms. Where most people find comfort in uniformity, innovators tend to reject it. They want to stretch beyond what is comfortable—so much so that it ends up making a lot of other people feel a bit uncomfortable in the process.

A signal as to whether or not someone is continuing to lean into their innovative edge is their attitude toward retirement. For a lot of people, retirement is the goal. But for creative thinkers and problem-solvers in our society, retirement is a death sentence. They’ll be curiously creating things as long as they can.

2. Understanding They Need Help in Order to Build Their Vision 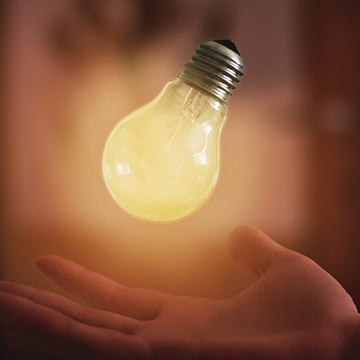 They were leaders, with teams of people who helped them bring their creative visions to life.

This is an aspect of innovation that doesn’t get discussed enough. No one human can sustain the level of skill sets and personality types required to make a product or company as successful as it can possibly be. Innovation, in and of itself, is an iterative process that benefits tremendously from other people’s perspectives and expertise. In that sense, other collaborative influences are valuable assets.

We have seen this firsthand within both of our companies, Hydros and Nottingham Spirk. By surrounding ourselves with people from different backgrounds, with different competencies and skill sets, we have been able to create far more differentiated products than we ever would have by ourselves.

Great innovators know they can’t and honestly shouldn’t try to do everything on their own. Innovation is not a “solo sport.”

3. Generate Excitement, and Remain a Constant Source of Inspiration

New business development is one of the most valuable skills you could ever acquire as an innovator.

It’s one thing to design beautiful, memorable, highly differentiated products. But you need to have the ability to convince others to believe in your vision to make it possible.

This was one of the things that made Steve Jobs such an iconic leader in the business community. It wasn’t just the fact that he was a brilliant product designer. It was the fact that he had the charisma to get other people around him to believe in his vision. He was a constant source of inspiration, and in Walter Isaacson’s book, he identified Steve’s ability to create a “reality distortion field,” which helped make other people (team members, investors, and customers) believe the seemingly impossible was actually possible. His iconic keynote presentations with Apple are now the standard for any tech company introduction. 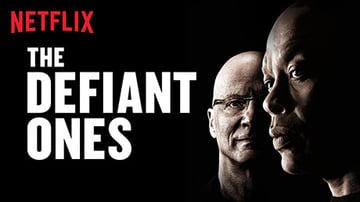 Another great example is Jimmy Iovine and Dr. Dre. There’s a great documentary about their careers in music called The Defiant Ones, and their creating one of the most valuable headphone companies in the world (Beats) after already reaching the height of their careers. After watching this documentary, you will see that Jimmy Iovine was simply willing to work harder than everyone else. He has the endurance in business that an Olympic athlete would have in sports.

Innovators like these can’t stop thinking about creating what’s next.

4. Large-Scale Thinking, and a Relentless Desire to Change the World


Years ago, I saw the CEO of GoPro, Nick Woodman, speaking at CES.

The company had just gone public, and he was asked, “You’re worth more than three billion dollars. What are you going to do now?” His response was something to the effect of, “I’m going to make more amazing products!” Needless to say, with the tech leaders present in the crowd, we all agreed.

To true innovators, success is not a destination. It’s part of the journey. If and when some sort of big, successful milestone is reached, they will celebrate for a moment—and then they’ll get back to work. Because it was “the work” they fell in love with doing, not chasing some sort of fixed end goal.

5. Open-Mindedness, and a Willingness to Change at Any Second

Innovation is a strange balancing act between having 100% conviction in whatever it is you’re building and simultaneously remaining 100% willing to change the entire pursuit if and when new information presents itself. I was at an Innovation Conference where Ed Catmull, cofounder of Pixar, was a speaker, and he mentioned that one of Steve Jobs’s greatest abilities was to identify a great idea and identify when others had a better one.

This is also what makes it so hard.

You need to be confident in your vision in order to move forward, but you need to be open-minded enough to realize when you’re wrong, or the road you’re headed down isn’t quite right. Of course, the only way to learn any of these things is to keep on moving. Movement is what reveals answers, and answers are what give you the information you need to change direction as you go. We always like to say “Pause is Death.”

You have to love your ideas, and at the same time, you can’t be married to them.

6. Hard-Working, and a Commitment to Self-Improvement

And finally, you have to remain committed to the process.

The truth is, there is no milestone you reach as an innovator where “you’ve made it.” Where everything you create, from this moment forward, is guaranteed to be successful. Innovation, and the act of creating anything new in society, is a discovery process that takes hard work. And for every day or hour you spend enjoying how far you’ve come, you’ll have to experience hundreds of challenging hours where you question whether you’re moving in the right direction at all.

Winston Ibrahim is the founder and CEO of Hydros. Bill Nottingham is the Principal and VP of Growth for Nottingham Spirk, recently named one of Fast Company’s 100 Best Workplaces for Innovators.