Take Risks & Rock! — What Innovators & Musicians Have in Common

The first time they jammed together, in 1980, the members of R.E.M. wrote six songs in a few hours. “I’m not saying we were great,” guitarist Peter Buck told The Guardian in 2016, “but we had something, and it was the interplay of our ideas.” That chemistry took that band to international stardom and induction into the Rock & Roll Hall of Fame.

I’ve used that anecdote a lot when talking about innovation. Most people associate the word creativity with the visual and performing arts, fiction writing, poetry and other artistic pursuits. But the truth is, in our brains, there’s not much difference between writing a song and, say, tackling a design or engineering challenge. All of them require an open mind and persistence, and all can benefit from collaboration.

At Nottingham Spirk, we’ve always believed in taking an artistic approach to business and a business approach to art. We encourage all organizations that want to innovate to do the same. 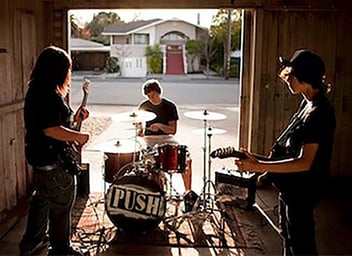 What if there had been five Beatles? Would the band still have changed music forever? Probably. But what if there had been 10 or 20? At what point would John and Paul have been forced to compromise their creativity after being outvoted by blocs of bandmates less trusting than Ringo and George?

In the arts, it’s commonplace for small groups to work with little or no outside influence. In the corporate world, however, teams often expand until the potential innovation collapses under the weight of so many differing opinions and agendas. We build teams around all of our projects, and we keep them lean so that every voice is heard. But if at some point, the project manager decides that the team needs backup, we can assemble an entire orchestra if necessary.

R.E.M. shared songwriting credits equally, regardless of individual contributions, and gave every member veto power over band decisions like licensing songs for advertising use. This kind of trust and mutual respect played a key role in the band’s longevity.

In our Vertical Innovation™ process, the team is with the project from beginning to end, giving everyone skin in the game and a stake in each other’s success. When we apply for patents, we often list several names, reflecting the amount of collaboration that went into the project.

U2 collaborating together in Studio, the recording sessions for the “Actung Baby” album

Jam — with a purpose 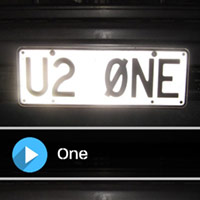 U2 was on the verge of breaking up in 1990 when the members went into the studio to give it one more try. “I remember walking into the control room and hearing this guitar riff,” drummer Larry Mullen, Jr. later told VH1’s "Legends." “And I said, ‘This is it, this is something special.’”

The riff was the first element of “One,” which the website Vulture calls the sixth best of the band’s more than 200 songs. We approach innovation with the same urgency and sense of adventure as your favorite musicians.

As Pete Wentz of Fall Out Boy said, “What would rock ‘n’ roll be without ambition, craziness, danger and fun?”

Learn more about Nottingham Spirk's expertise with disruptive product innovation, as well as our innovation approach.

Location: Come visit our Innovation Center and use the address location from what3words: ///enjoy.wicked.pints

Learn about what3words: It’s a really simple way to talk about location. We have divided the world into a grid of 3m x 3m squares and assigned each one a unique 3 word address. It means anyone can accurately find any location and share it more quickly, easily and with less ambiguity than any other system.

For example, this location-based system will drones to deliver packages to remote locations with no listed address. This will also allow autonomous cars to pick up stranded passengers from remote locations. This could become the new standard global address system of the future.