Since 1972, John Spirk's and John Nottingham's company has been the brain power behind many well known devices and innovations. 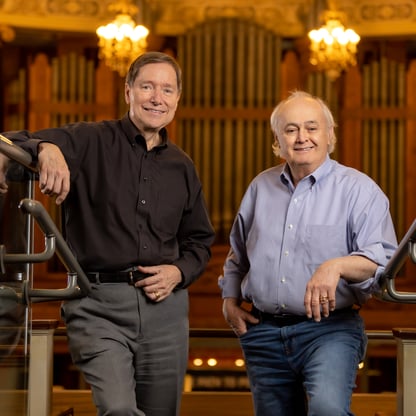 Like so many American innovators, Nottingham Spirk started in a garage. Well, a carriage house, but close enough. In 1972, Cleveland Institute of Art grads John Nottingham and John Spirk teamed up to offer a unique blend of customer-focused product design. Now, after nearly 50 years of smash hits like Little Tikes, the Crest Spinbrush, and Swiffer Sweep + Vac (along with a move into its spacious Innovation Center on the east side of Cleveland), the company is not slowing down. Nottingham and Spirk share their approach to innovation, how they turn patents into products, and what’s next.

On the Spinbrush: “We previously developed the SpinPop, a little lollipop on a battery-powered motor that would spin in the child’s mouth,” says Spirk. “John and I knew that if we could build a spinning lollipop for $3 retail, we could use a better motor and battery and make a power toothbrush for $5. This was way less expensive than other electric toothbrushes.”

On turning ideas into products: “Our company is vertically integrated,” says Nottingham. “The same team of engineers, designers and prototype technicians work on a project from beginning to end. We do it all in house — in one beehive, so to speak. Of our 1,350 patents, 95% are commercialized. The national average is only 5%.”

On the next big thing: “We’re really proud of some of the medical devices we’re working on,” says Nottingham. “One is a therapy for concussions. We’re doing the largest clinical trial in the world for concussions, and the results so far are off the charts.”