The Business of IoT: What's your hardware strategy?

Juicero is a highly engineered juice press, an Internet-connected alternative to blenders for people who prefer fruits and vegetables in liquid form. With $120 million in investment, it was one of the best funded hardware startups of 2016. But if you’re familiar with it, that’s probably because it achieved the worst kind of Internet virality.

In addition to the $399 Juicero device, users purchased specially designed bags of produce ($5-$8) to drop in (hence the Keurig comparisons). Then a reporter noticed that you could just squeeze the bag with your hands and achieve the same effect, faster. An investor made some good points in a response, but the media pile-on was already under way, and the company quickly offered refunds to any unsatisfied buyers. 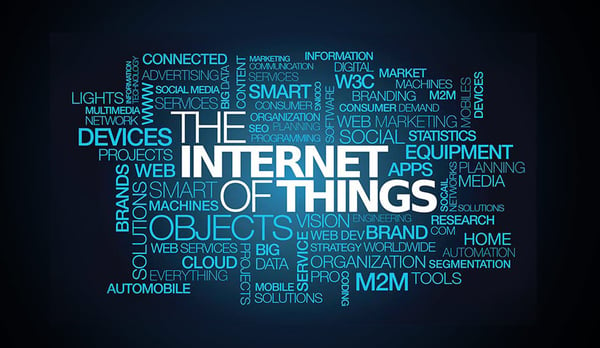 And that’s a shame, because beneath the surface there’s an interesting story about strategy—specifically, hardware strategy in the rapidly changing digital age. While the people behind Juicero might have been guilty of hyperbole, the jury is still out on the business model—which includes a subscription service for the produce bags, a fact glossed over in the mocking commentaries.

In July, roughly three months after Squeezegate, Fortune reported that the company is regrouping, through layoffs (mostly in sales and marketing), and development of a lower-cost model. A Forbes.com contributor argues that Juicero should “consider giving away the machine if a customer agrees to a lucrative enough subscription (see early cell phones for a trillion-dollar object lesson).” (Update: Juicero has ceased operations.)

Incidentally, the Fortune report also noted that only 5 percent of customers had taken the refund deal. To develop and refine your hardware strategy, we recommend asking yourself these questions. There's always a market for novelty items, but the products that catch on and lead to product lines are the ones that improve people's lives in some way.

There are now Bluetooth-enabled frisbees, salt shakers and fidget spinners. At the 2017 Consumer Electronics Show, we saw a “smart” hairbrush. A Twitter account with a rude name and snarky tagline—“whatever, put a chip in it”—provides cynical running commentary on the exploding Internet of Things (IoT) market.

There’s always a market for novelty items, but the products that catch on and lead to product lines are the ones that improve people’s lives in some way, by making it easier, safer, more productive, more enjoyable, etc. This is why the insights stage is so important. The soft science of gathering and analyzing data on markets and consumers—really understanding what they want, even when they can’t express it plainly—is an essential complement to the hard science of engineering. Without the careful work of observing and interviewing real humans, and paying close attention to what they say and don’t say, you run the risk of “put a chip in it”-level development.

We recently helped a partner-client improve a product by removing the electronics—because that’s what made sense. 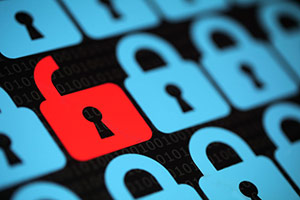 Spending on IoT devices for home and business use could reach $3 trillion by 2020. So there are near limitless opportunities in many sectors, even for companies with little to no experience in the digital space. But it’s vital to understand that online security is now everyone’s business.

In a DDoS (distributed denial of service) attack, hackers overwhelm a network with more access requests than it can handle. Until a few years ago, these assaults relied mostly on other people’s computers, using malware to conscript them into a botnet. But almost any IoT device can be used the same way, and they tend to be far less protected than computers. Last year, DDoS attacks on a scale never seen before caused serious disruptions, including knocking Twitter and Spotify offline. The scariest part? The malware behind the incident was amateurish and easy to obtain.

Other threats are closer to the user’s home. Certain baby monitors, smart TVs and surveillance cameras have all been compromised for spying. Various types of wireless computer mice and keyboards are easily hacked for keystroke eavesdropping, even from hundreds of feet away. BrickerBot malware renders all sorts of devices useless, apparently for no reason other than mischief. Wired predicts that hacking medical devices will be “the next security nightmare.”

Jerry Davis, an IT expert with NASA, blames what he calls the “Internet of dangerous things” on shoddy software development and industries that are “all about speed to market.”

Companies making IoT devices also need to be vigilant about their supply chains. There have been multiple reports of data-stealing malware pre-installed on Android phones and smartphone replacement parts, and other devices are vulnerable to such tampering. China now requires background checks and supply-chain vetting for foreign vendors selling hardware or software in certain critical sectors.

Even a simple connected product will probably need software updates. Does your business model take that ongoing expense into consideration? Some automakers are working together on an app ecosystem to counter Apple’s CarPlay and Google’s Android Auto, in order to maintain control over the services sold to car owners and the data collected from them. But there’s risk in this approach. Consumers will trade away some control over options and data, but resent moves that appear one-sided. In 2016, an HP software update that caused its printers to reject less expensive, third-party ink cartridges provoked enough consumer outrage that the company was forced to back down and apologize. Incidents like this can damage brand loyalty.

John Deere, in an effort to protect its software IP, has angered farmers with its assertion that they don’t own their tractors in the traditional sense, and therefore can’t attempt repairs themselves. Some farmers have turned to Ukranian hackers for help. But Deere has joined Apple in fighting “right to repair” bills in several states. When consumers feel pushed around, they often will turn to the government.

Is it the best you can do?

One way to avoid “put a chip in it” thinking is to forget about existing products and services and to ideate from an entirely different starting point: data. Our Data First method does not replace traditional user-centric product development, but moves it farther down the line. Data First is a path to true white-space opportunities, and you can read more about it here.

Learn more about Nottingham Spirk's expertise with connected products, as well as our innovation approach.