NASA’s Human Health and Performance Directorate is tasked with mitigating the risks to humans in spaceflight. In 2005, the budget for the directorate’s human research and development program was cut nearly in half. But the work was no less important, so managers decided to try something unprecedented in the agency’s history: open innovation.

NASA has always worked with private-sector contractors, but this was different. After identifying several needs — like better long-term food packaging, compact exercise equipment suitable for spacecraft and an inflight laundry system — NASA issued challenges through online crowdsourcing networks. Prizes were offered for workable solutions, and some of the results were astonishing. Most notably, a semi-retired radio engineer in New Hampshire developed a method for predicting solar storms that put NASA’s existing capabilities to shame. 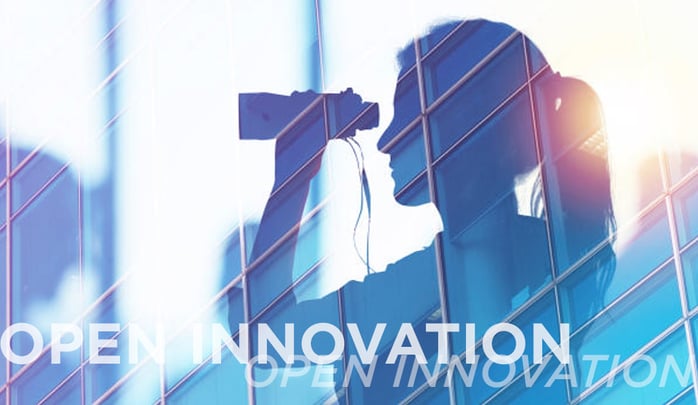 “The proposed solutions exceeded expectations, and NASA’s R&D professionals were surprised by their quality,” wrote Hila Lifshitz-Assaf, then a Harvard Ph.D. candidate, in her dissertation, which was based on three years of interviews and research inside the directorate. “After evaluating the solutions, R&D decided that three problems had been fully solved and six partially solved. … All solutions were generated within astonishingly short timeframes, and a few even surpassed the posted criteria. … During the same period, the traditional processes yielded no major advances in any of the 14 R&D challenges.”

But despite the clear successes, Lifshitz-Assaf found that attitudes about OI were deeply mixed; some scientists and engineers were excited by the results, but others openly opposed continuing the effort. And some resisted quietly, deliberately limiting their or their department’s participation in challenges.

“It became clear that the open model raised deeper issues about R&D professionals’ self-perception: why they chose their profession and who they are,” Lifshitz-Assaf wrote. Their words and habits “painted a clear picture of a heroic problem solver who attacks a challenging scientific or technological problem in an innovative way. … This identity was rooted in the education and professional training of both scientists and engineers. … In contrast, the open innovation model clearly demarcated their role: they posed the R&D problems, while people outside NASA worked on solving them.”

The key difference between those who opposed open innovation and those who embraced it came down to whether they saw the change as a threat or an opportunity.

The key difference between those who opposed open innovation and those who embraced it came down to whether they saw the change as a threat or an opportunity. And when a respected lead scientist articulated it that way in a meeting, it proved to be a pivotal moment:

She intervened in the discussion and told her colleagues, “Your main responsibility is to seek for solutions. They may come from the lab, from open innovation, or from collaboration. You should not care! You are the solution seeker!” From that meeting on, many of her colleagues took on the identity of solution seeker. Naming the refocused identity was helpful in mobilizing the change and sparking conversations between colleagues. As Chris, a leading biomedical engineer, explained, it required a deep “mindset shift”… Ada, an R&D professional, described the transformation: “It is a shift from thinking ‘The lab is my world’ to ‘The world is my lab.’”

Luminary Labs echoed this sentiment in its 2018 report The State of Open Innovation:

“Open innovation is more than an activity; it is a philosophy. While some executives may still see open innovation as a budget line item or isolated activity, those responsible for open innovation believe it is dramatically changing how their organizations will compete (and win) in the years to come.”

The report shares highlights from a survey of nearly 100 organizations across government, nonprofit, academia, and private sectors. Only about one-quarter of respondents described their organizations’ OI efforts as “mature,” but almost 60 percent stated they are “developing the competency.” 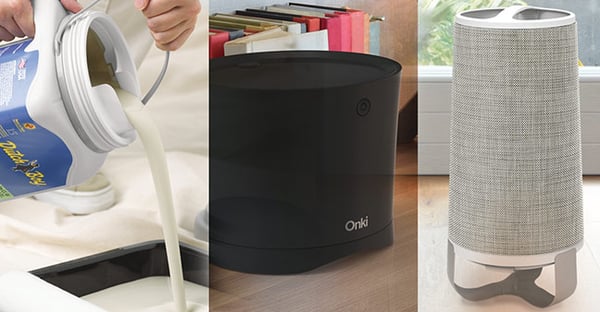 Are you among them? Are your competitors?

Luminary Labs’ report notes that “open innovation is not yet well-defined and the language to describe the practice varies by sector, industry, organization, and even from one team or individual to the next.” At Nottingham Spirk, we use the term for building a strategic partnership to fund, patent, commercialize and market a specific innovation in an underserved or completely new category. Many of these have begun with ideas that originated within the NS Innovation Center, but outside projects with partner-clients, like the Onki secure desktop container and the Twist & Pour Paint Container. But we’ve also taken this approach with concepts born elsewhere, like the Swiffer Continuous Clean System.

The similarity between this approach to open innovation and the crowd-sourcing efforts at NASA is the willingness to seek partners outside your walls, and outside typical collaborations, to solve specific challenges. Joy’s Law asserts that “No matter who you are, most of the smartest people work for someone else.” NASA’s experience shows that even an entity with the vast resources of the federal government can benefit from open innovation. Imagine what it can do for your company.