In July, a German renewables company scrapped its plans to go public thanks to an investment of 75 million euros, or $89 million.

The money came not from a Silicon Valley VC or a private-equity fund but from the Struengmann family, the clan behind one of the world's biggest healthcare fortunes, through its family office, Athos.

Athos is one of the higher-profile family offices with a major stake in the COVID-19 vaccine maker BioNTech. It represents a new breed of family offices that chase direct deals to get bigger returns, even though that flouts the conventional ethos of wealth preservation.

Bill Bijesse has advised billionaires since 1995, helping them structure family offices to oversee their assets. When he started, most of his moneyed clients would make alternative investments by working with private-equity firms and venture-capital funds. This has changed markedly in the past five years.

Newer family offices, particularly those founded by entrepreneurs, are leading the charge. Sameer Mittal and Yogesh Kumar, longtime friends who made their wealth as finance executives, formed a multifamily office, Flex Equity, last spring to target middle-market companies. On average, they invest $5 million to $15 million, not including debt financing.

In June, they acquired Logical Maintenance Solutions, an IT and maintenance company, in an eight-figure deal they declined to give specifics on. They brought in a new chief executive, and Mittal joined as chairman and president.

"I've been a very hands-on operator all my life. I like to get my hands dirty," said Mittal, who spent much of his career advising on capital raises.

Mittal and Kumar's goal is to acquire five to 10 other service providers and consolidate them before exiting. It won't be a quick flip — but like many family offices, theirs is investing patient capital.

"We don't have to perform to a fund," Mittal said. "Whether we exit in three years, five years, or seven years, it really is not that critical. There's no gun to our head."

Staffing up to find direct deals comes with a high price tag, but it can be worth it

Getting access to direct deals comes at a cost. Family offices often have to offer deal participation to poach private-equity and venture-capital veterans to source these deals. Salaries for senior investment executives can range from $250,000 to $750,000, not including bonuses or carried interest, a 2018 report from Citi said. 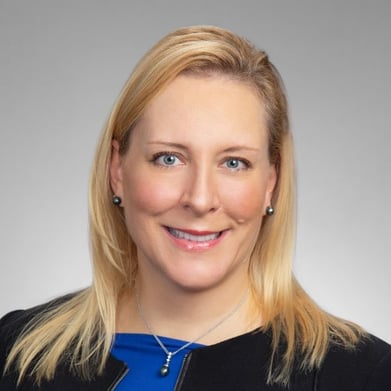 But for some families, paying more for chief investment officers or consultants is preferable to paying management fees to funds. This line of thinking became more popular after the financial crisis of 2008, according to Katherine Hill Ritchie, who has advised on investments for eight billionaire family offices.

"A lot of families said, 'Well, wait a minute. I invested in you, and you made really good fees to protect my capital in a down market. You didn't do that. So why am I paying you?'" said Ritchie, who is now the director of the family office Nottingham Spirk.

For the newly wealthy, direct deals satisfy an entrepreneurial itch

For serial entrepreneurs such as David Adelman, the CEO of the student-housing company Campus Apartments, making passive investments alongside multifamily offices and private banks can be less satisfying.

"It didn't scratch my itch of wanting to work with entrepreneurs," said Adelman, who also cofounded the alternative asset manager FS Investments.

Now he's building his own spirits label through Darco, his family office, after buying full control of two liquor companies, Beach Whiskey and American Harvest, in February. He had small stakes in each, and they weren't doing well, Adelman told Insider. Rather than cut his losses, he, like many first-generation wealth creators, decided to bet on himself.

"Everyone's asked why I bought them," he told Insider. "I could fix them."