Nottingham Spirk Out and About

At Nottingham Spirk, we believe in engagement — in industries, in academia and in our community. Here are a few examples.

Nottingham Spirk was a sponsor of the hackCWRU hackathon at Case Western Reserve University in February, and our own Chris DeHaas served as a mentor to participating students. “I was impressed by the enthusiasm,” says DeHaas, an electrical engineer, musician and instrument innovator. Referring to the hackathon and its location, think[box], (also sponsored by NS), DeHaas adds, “None of this existed when I was at Case Western. It’s amazing what students can do now, and without spending a lot of money.” Stocked with state-of-the-art design and prototyping equipment, think[box] is the largest open-access innovation center at any university in the world. 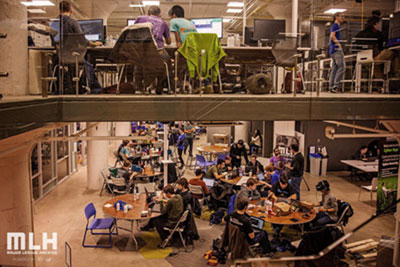 NS was a sponsor at the hackathon at Case Western Reserve University.

In February, CWRU hosted the Veale Foundation’s thinkBIG! Summit. Speakers included Jeff Hoffman (Priceline.com) and Gerard Adams (EliteDaily.com). The event began as a business plan competition that was open to all high schools in Northeast Ohio. The judges were Jeff Hoffman, Gerard Adams, Bill Nottingham and Courtney Gras (Bounce Hub). The winning high school team, from Cuyahoga Valley Christian Academy, received a check for $5,000 and a six-month membership to FowndersOnline.com, an online mentoring and coaching platform for budding entrepreneurs, founded by speaker Adams.

In April, Bill Nottingham will speak at EDGE’s InnoQuest: Innovation Management Program at think[box]. InnoQuest is a collaborative forum for mid-market leaders and innovation practitioners.

In March, NS engineer and program director Jason Ertel participated in a panel at ADM (Advanced Design & Manufacturing Expo) Cleveland. Titled “Building the Future One Layer at a Time,” the panel focused on the latest materials and applications in 3D printing medical devices. 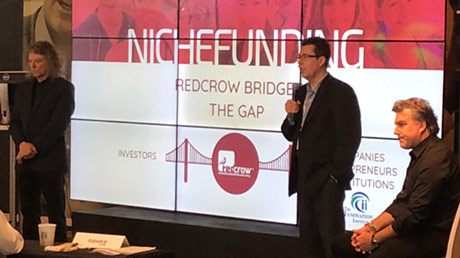 Bill Nottingham attended the launch of the Cleveland version of Plug and Play, a Silicon Valley-based incubator. The Cleveland program is the first U.S. Plug and Play satellite outside California and New York. At the launch, around 20 health-tech startup teams from around the world pitched their ideas in hopes of landing one of the 10 spots. Cleveland is a leader in healthcare innovation.

NS has supported the Cleveland Heights High School Robotics Club for years. In 2017, Heights tied for seventh place — out of 64 teams — at a national competition.

WIRE-Net, an organization focused on strengthening manufacturing and fueling economic growth in Greater Cleveland, held its March 2018 networking event at NS. Guests toured the 60,000-square-foot Innovation Center, getting a behind-the-scenes look at how some of the world’s most successful product innovations are brought to life. John and Bill Nottingham will be the featured speakers at WIRE-Net’s 2018 annual meeting in April.