In our five decades, Nottingham Spirk has worked with companies of every conceivable size, structure and culture. Ultimately there is one thing that separates those that innovate from those that don’t: the willingness to try.

This applies to every level of innovation: incremental (improvements to existing products); adjacent (new products for related categories); and transformative (products that create new markets and profoundly change the company). Transformative innovation is the most daunting, of course, but also the most potentially rewarding, in various ways and for virtually any company. Here are some of the most common hesitancies we’ve heard, and some other perspectives to consider.

Risk is unavoidable. Even avoiding risk is risky. But risk in innovation can be mitigated in a variety of ways. A vigorous consumer insights process can illuminate unmet needs in your market or another that you could move into. So too can blue-skying about data collection, and working backward from there.

Collaborating with partners can spread out the risk and fill in gaps in your own capacities ­— which is especially useful when making a move outside your core competencies. A limited-scale soft launch can help you test marketing strategies and gain more end-user insights for second and third generation refinements.

And through all of this, you’re strengthening your organization’s innovation muscles, growing your capacities and setting the stage for future ventures. As Nelson Mandela said, “I never lose. I win or I learn.”

The Benchmarking Innovation Impact 2018 report states that companies with “mature” innovation programs are investing around 40 percent of their spending in incremental improvements within existing product lines; 30 percent on opportunities in adjacent spaces; and 30 percent on “entirely new offerings and business models.”

That’s an ambitious agenda. But all companies should aim for at least a 70-20-10 investment distribution — 70 percent on core, 20 percent on adjacent and 10 percent on disruptive innovations. The potential return on that 10 percent more than justifies the risk.

“By increasing investment in genuine disruption to just 10 percent, organizations can expect about a 70 percent return,” writes Lisa Caldwell of EY. “This is compared to just a 10 percent return for core innovation and 20 percent for adjacent innovation investments. Why? Because breakthrough innovations are almost always focused on real customer needs and offer a tangible edge over the competition.”

Myth #3: It will disrupt your core product line

Eastman Kodak dominated the photography industry in the 1970s when it shelved the groundbreaking device one of its engineers invented in its labs, the digital camera, because it would eat into film revenue. Blockbuster had around 9,000 retail outlets in the early 2000s when its leaders literally laughed at a partnership proposal from an upstart DVD subscription service called Netflix. Apple cannibalized its own massive iPod sales by including an MP3 player in the iPhone, and continues to pit its products against each other.

Two of those companies eventually were forced to file for bankruptcy. One is now worth $1 trillion and continues to grow. They each offer lessons on the importance of a forward-looking category strategy.

Transformative innovation does not have to affect incremental innovation on existing product lines. In fact, the latter makes the former possible, growing sales as the company positions itself for moves into new markets. 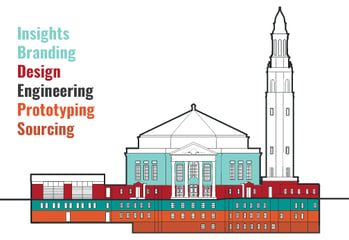 If you view innovation as a discrete project or series of projects with clear beginning and end points, you’re limiting your potential and setting yourself up for frustration. Innovation is not a tidy, linear process that maps itself readily to measurable scorecards. It can be messy, chaotic and plodding. Even our highly disciplined Vertical Innovation process includes numerous review points to re-evaluate and refine the concept.

Innovation should take no more or less time than your core business operations — because you should be doing both all the time. Innovation is not an event, it’s a process, a philosophy, a way of life. Even the launch of a new product marks not an end but the beginning of another stage of innovation.

Myth #5: It will disrupt your internal staff

Building and maintaining a culture of innovation does often require a thorough assessment of internal capacities. Coming up with ideas is less than half the battle; bringing them to market and supporting them over the long term are just as important.

Many companies make the mistake of thinking that their internal staff can manage both core and transformative innovation initiatives simultaneously. However, this often leads to failure; internal staff will almost always get mired in lines of business and caught up in “the old way of doing things,” making true innovation nearly impossible.

Instead, use separate teams for core and transformative innovation. For the latter, a partner can be enormously helpful, both for getting the ball rolling on near-future projects and for building the internal capacities for innovating over the long term.

That being said, your team may be more adaptable and eager to take on new challenges than you think. Trusting them is the key to thawing the so-called “frozen middle.”  A demonstrated commitment to innovation is also a terrific recruiting tool.

Transformative innovation is no longer the exclusive domain of Fortune 500 firms and tech giants. Nor are small and mid-size companies immune from the effects of market disruptions. Making all levels of innovation part of your company’s DNA is the best way to prepare for long-term growth.