How a Startup, Substack, Learned to Compete Directly With Mainstream Giants

“Dread it. Run from it. Destiny still arrives.” - Thanos

In early August, San Francisco-based newsletter platform Substack created shockwaves in Hollywood as they acquired DC Comics star writer James Tynion IV, known for his work with Batman. DC is well known as one of the Big Two in the industry, seated comfortably next to Marvel, who is also being targeted by this emerging competitor. But how is Substack coming up between these two giants? The answer is simple: they are disrupting the status quo. 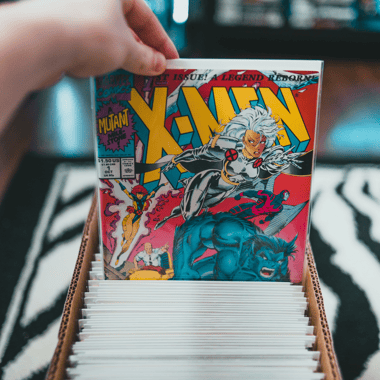 Traditionally, writers who work with legacy characters in the comic industry have difficulty retaining significant intellectual property rights. This bars them from capitalizing off movies, merchandise, tv shows, and so on. Comic books have also been sold on a pay-per-copy basis, for years. Substack has found its place, quickly, by doing things differently.

In combination with paying the writers a large up-front fee and sharing revenue, Substack is offering writers the ability to maintain the intellectual property of their creations. This opens an extremely attractive benefit that the Big Two have rarely offered, and smaller comics publishers can’t match. The newsletter platform is offering their content on a subscription basis for $7-a-month. Such revenue models have been flooding various consumer markets (HelloFresh, Spotify, Netflix, StitchFix, Dollar Shave Club).

Alternatives Can & Will Arise (Even from Outside Your Industry)

You can’t predict where and when competitors will come up in your industry, and you certainly can’t predict who they will be. Did Marvel and DC think their creative talent would be taken by an innovative contract agreement from a newsletter service? Probably not. Often the most dangerous competition comes from outside of the industry. This is why it is crucial to listen to the consumer and your partners and continuously innovate — something Marvel and DC may not have been doing as well as they thought.

Within the Big Two, creatives have an uphill battle to obtain IP. This means that any writer hoping to benefit off the success of the comic will likely find themselves missing out on some opportunities. This is naturally becoming increasingly important, as the revenue generated from the repurposing of popular comics is astronomical. The Marvel Cinematic Universe (MCU) is the highest grossing film franchise and series worldwide with $22.93 billion, and it is not even close. Their total worldwide box office revenue is more than double that of Star Wars, which is sitting in second place.

When this alternative option came along, Tynion had to take it. “I remember sending it to my lawyer asking if it could be real because it was exactly the kind of offer I was dreaming would fall out of the sky and into my lap,” he wrote. As far as the success of the non-traditional revenue model, we will have to wait and see.

Substack’s disruptive move into the comic industry reinforces something we embrace here at Nottingham Spirk. We are as creative with our business partnerships as our end product creations. For nearly 50 years, we have been collaborating in a variety of ways with our client/partners from straight fee to shared success. In many cases, we are able to put some skin in the game for a piece of the upside. If you own a business or are a corporate leader, you can’t get comfortable with the way things are now. There is always someone else out there working to improve, change, or disrupt the status quo. Change the rules, partner with non-obvious companies and deliver amazing customer experiences.

For those looking to be the disruptors – whether it is improving upon an existing product or identifying a new category strategy – we are here to help. Contact us.

In the meantime, as an avid fan of Marvel, I really hope this latest news doesn’t mess with the MCU.