Technology that changes everything really just gives us more of what we already love.

By Bill Nottingham, Vice President of Growth at Nottingham Spirk

© 2017 Consumer Technology Association. This article first appeared in i3 It Is Innovation Magazine, May/June 2017. Reprinted with permission.

Disruptions are very difficult to predict, even for experts. Steve Jobs, who shepherded some of the most famously disruptive products to market, was surprisingly dismissive of the Amazon Kindle, for a rather specious reason. “It doesn’t matter how good or bad the product is,” he told The New York Times in 2008, “Forty percent of the people in the U.S. read one book or less last year. The whole conception is flawed at the top because people don’t read anymore.”

Apparently the other 60 percent reads more than enough to make up for the slackers. Eight months after Jobs’ comment, the Times reported that analysts had doubled their forecasts for Kindle sales — and this was long before the more robust Kindle Fire came along. Jobs also seemed to have missed where the real disruption would occur: in the publishing industry. By promoting the eBook format, Amazon usurped the gatekeepers and made it cheap and easy for virtually anyone to self-publish — through Amazon’s online bookstore, of course. It’s been a rocky road, with pitched legal battles over eBook pricing, but there’s no questioning the Kindle’s disruptive influence. 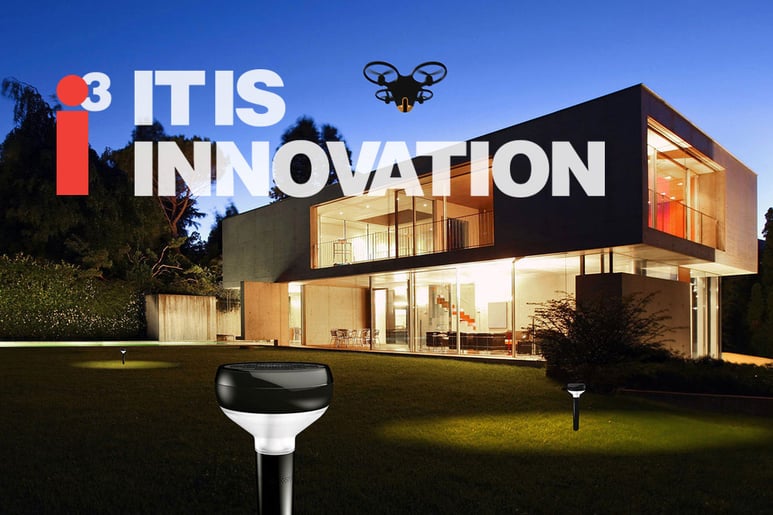 Countless articles, white papers and books have delved into the phenomenon of disruption, trying to divine the secrets. That research is worth reviewing, but it’s also important to embrace the ambiguity. Sometimes business is more art than science; instincts, timing and style still count for a lot, even in the data era. Consider the success of Star Wars, which disrupted the movie industry, and entertainment in general, more than anything before or since. But why? I believe the answer is in the balance of competing forces — the story was new but also familiar; the visuals were ambitious but accessible, the “universe” was contained but endlessly scalable. Anyone could imagine themselves living there, and that simple urge, more than anything, fuels the seemingly endless demand for more stories and merchandise.

Star Wars, obviously, is an outlier. But striking a balance between competing forces is important for any company that wants to disrupt a market with a new product, platform or service. In recent months, we’ve seen that potential in many spaces. Here are a few.

Apparel is the New “Wearable”

News about wearable devices seems to be caught in a perpetual hype-backlash loop. Each new device that fails to catch on beyond the early adopters generates a wave of analyses noting the flaws that seem so obvious in hindsight. Functionality and usefulness are not the key criteria. The fundamental challenge for developing wearables is the showiness factor. Some people want to be seen wearing cutting-edge gadgets on their faces or wrists or protruding from their ears. Most people don’t. (You may recall the term “Glass-hole.”)

This presents tech companies with a dilemma outside their core competencies, but there is an industry that has wrestled with that dynamic for centuries: fashion. This is why the most significant advances in wearables, at least in terms of adoption, probably will come from clothing and footwear companies. The true wearable is one you’re already wearing. 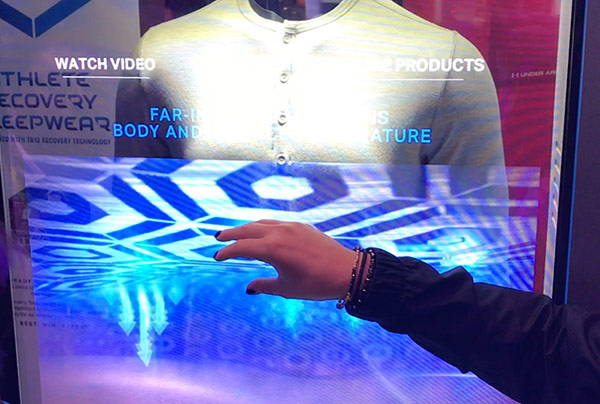 Under Armour straddles two industries, fashion and fitness, and in the latter there’s a long history of introducing expensive, high-end products for elite users that soon generate widespread demand. The company signaled its move toward tech three years ago with the “Future Girl” video. But since then the vision has become clearer. At CES 2016, the company introduced Healthbox, which included a data-collecting wristband with touchscreen, a heart monitor that straps on the user’s chest and a scale. At CES 2017, Under Armour rolled out newer, lighter versions of footwear with sensors to help athletes determine the type of workout they need that day. All of the gadgets sync with the UA Record app.

Under Armour’s other big reveal, the Tom Brady-endorsed Athlete Recovery Sleepwear, is not connected, but how long until that changes? Like fitness, sleep is an area filled with opportunities for data collection, and a company that can put sensors into running shoes surely can figure out how to weave them into pajamas. Google’s Jacquard technology puts touch sensitivity into fabric, like the jacket it developed with Levi’s last year. The tech is nearly invisible, and that’s how to get everyone comfortable with wearing devices. The next few years will prove that people want wearable technology, they just don’t want to look like they are wearing a “Bat Belt.”

Drones Being Put to Work

Drones seemed to move so quickly from military uses to consumer devices that most people haven’t thought much about more practical applications — aside, perhaps, from aerial photography. But the next wave of innovation in this space will involve tasks. Measure, a Washington, D.C.-based started, raised $15 million in January to pursue its drone-as-a-service model. More will follow. Commercial drones require skill and a license to pilot, and most companies won’t need drone services frequently enough to warrant an investment in hardware, insurance and staff. 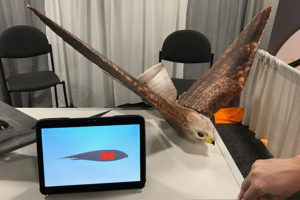 The Robird at CES 2017, an example of biomimicry.
One of our favorite products at CES 2017 was the Robird, a drone designed to look and maneuver like a real bird of prey, with flapping wings and all. A terrific example of biomimicry in product design, Robird provides a cheaper, more effective and environmentally friendly method for keeping flocks of birds away from airport runways, farms and anywhere else they can cause damage. The Associated Press recently estimated that 70,000 gulls, starling, geese and other birds have been slain by shooting or trapping near New York City’s three airports since 2009, the year that US Airways pilot “Sully” Sullenberger was forced to land in the Hudson River after colliding with a flock of geese.

Not all practical applications will call for professional pilots. The Sunflower Home Awareness system deploys an automated drone when sensors in solar-powered lights on the lawn detect movement. The homeowner, whether in bed or away on vacation, can then use the drone’s camera and an app to see who’s approaching. Automation raises intriguing possibilities for drone use, offering a compromise of sorts between the dangers of amateur piloting and the cost of hiring professionals.

Disney World’s MagicBand is a wristband that connects with a vast but mostly invisible network of hardware and software designed to make park visitors’ experience nearly frictionless, mostly by reducing or eliminating wait times for everything from popular rides to restaurant service. Carnival Cruise is taking the concept further with its OCEAN (One Cruise Experience Access Network) system introduced at CES 2017. The Ocean Medallion, which travelers receive before even reaching the ship, connects to a network that will use machine learning to anticipate guests’ desires and present options. This Medallion helps their guests become “Ocean Ready.”

“Personalization begins at home,” said John Padgett, Carnival’s chief experience and innovation officer. “It’s based on a guest genome that evolves multiple times per second. The guest genome evolves in real time, creating experience intelligence. It empowers us to maximize each and every guest’s interaction and experience.”

Personalization is the key. Many of us have some reservations about technology that tracks our whereabouts. If the system can learn when not to help, like a butler attuned to the employer’s moods, the benefits will overcome the doubts. As Wired said of the MagicBand, “No matter how often we say we’re creeped out by technology, we tend to acclimate quickly if it delivers what we want before we want it.” In the near future, I can see similar (if smaller-scale) networks coming online for sporting events and concerts. Imagine being able to order hot dogs and beers from your seat, then picking them up without waiting in line. Or purchasing the souvenir your kid wants and grabbing it at a take-out window on your way home.

Wynn Hotels in Las Vegas are experimenting with Amazon Echo in guestrooms to serve as virtual concierges and provide, as Steve Wynn puts it, “the ability to talk to your room.” The question, however, is what would I want to say to my room? As of this writing, details were not available, so we don’t know if the Echo would sync with a guest’s own Amazon account. If functions are limited to basics like contacting the front desk and reporting on the weather, then it’s essentially just a speakerphone. Customization will help make the experience of staying in a Wynn hotel memorable.

In the future, will we eliminate the need for TV screens? Some new advances are heading in this direction. Sony’s Xperia Projector makes any surface interactive; an infrared sensor detects your finger movement and responds as a touch screen would. It can project an image up to 80-inches wide, so it’s easy to see where this could be headed: replacing the television with a small box you can set anywhere. The days of arranging entire rooms around screens will be over. Next to go: physical wall-mounted thermostats and light switches?

Panasonic is moving in a similar direction with its Window Augmented Reality (AR) Projection. The technology displays images on a window, so that fans seated in a stadium suite can watch the game live and see the same graphics shown on the ESPN TV broadcast during stoppages and replays.

BMW’s HoloActive Touch system is one of the first real-world examples of tech we’ve seen for years in movies like Minority Report and Iron Man — haptics-holographic displays. HoloActive not only responds to gestures, it provides tactile sensation as well, through ultrasonic sound waves, so that drivers can keep their eyes on the road.

If there were a standard recipe for disruption, we’d share it. But decades of experience have taught us striking a balance between surprise and expectations, wants and needs, convenience and control, almost always works. Finding that balance is itself a negotiation, between what consumers say they want and what only you can show them.