The Power of Culture and Leadership: Boston's 2018 World Series Win

When we wrote about empathy in leadership recently, we mentioned the University of Nebraska’s football coach and his radical belief that in coaching, respect yields better results than fear. This week we noticed another example of empathetic leadership in sports, from the manager of the new World Series champion Boston Red Sox, Alex Cora.

ESPN.com’s Tim Keown wrote about the low-key, welcoming culture Cora fostered, and its role in the team’s 108-win, championship season.

He wanted a team that felt like a family, one constructed out of tolerance and diversity and inclusion. Given the transitory nature of the game, he wanted to create an ecosystem capable of absorbing new members. This breakfast [for players and their families, the day after the final Series win] was proof that he and his players had succeeded, that what he had imagined had come true, and at one point he turned to his own family and told them — despite the chic setting — that it felt more like a high school summer-league team than a group of hardened, cynical, seen-it-all big leaguers.

According to the Boston Globe, Cora started laying the groundwork for the culture months in advance. Not by strategizing, but by making simple human connections.

Even before the start of spring training, new manager Alex Cora started forging bonds with and among the players, as when he traveled to different parts of the country to meet with them either individually or in small groups.…The sense of camaraderie built throughout the spring, particularly over concern for closer Craig Kimbrel’s infant daughter, Lydia, who required a heart procedure. When Kimbrel left the team in February, Cora and other members of the Red Sox remained in regular contact with him.
“He’s been a friend, he’s been a manager, and he’s put my feelings and emotions in front of a lot of things,” said Kimbrel. “You talk about family, my family at home, we went through a lot, but I was able to cling to the family I had around me here all year long, the guys I spend most of my time with. Those guys were big for me all year.”

Cora’s gestures were contagious. When pitcher Eduardo Rodriguez hosted a team dinner just before the start of the season, 56 members of the team showed up. Team leaders spoke, mostly about commitment — to each other, to the fans, and to winning.

“I’ve been on a lot of teams. There were only a couple that had this kind of chemistry,” assistant pitching coach Brian Bannister told the Globe. “And you don’t win 108 games without it.” 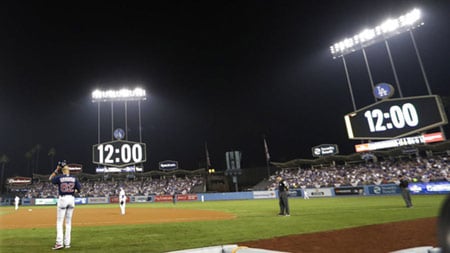 Game 3, which the Red Sox lost after a grueling 18 innings.

Cora’s finest moment may have come when he addressed the team following Game 3, which the Sox lost after 18 grueling innings. “Everybody went into that meeting with their head down,” third base coach Carlos Febles told the Globe. “After that meeting, everyone was clapping their hands, ready to go. He said, ‘As far as I know, we’re still up, 2-1. It took them 18 innings to beat us.’ It was kind of a relief to the club, having those guys know, hearing Alex say, nobody feel bad. Then he had [relief pitcher Nathan Eovaldi, who threw for seven innings] stand up and everyone gave him a standing ovation.”

“It was emotional,” shortstop Xander Bogaerts said. “By the end of it, we felt like we won the game.” And they did win the next two, securing the Red Sox’ fourth World Series title since the turn of the century.

In his ESPN.com report, Keown recounts Cora’s many prescient, tradition-defying personnel moves, nearly all of which paid off. But when asked during the series whether a manager can “get hot,” Cora waved it off and said, “Nah, it’s the players. They make a manager look good.”

Keown also notes that whenever Cora is asked about his baseball influences, “he always finds his way back to the winter of 2000 and the season he spent playing for Sandy Alomar Sr. in their mutual hometown of Caguas. ‘The game will always tell you something,’ Alomar told Cora, then 25. ‘You just have to pay attention.’”

What’s the lesson in all of this for businesses? As we explained in the essay about empathy:

A lot goes into establishing and maintaining a culture of innovation, but the single most important factor is trust. Whatever your arrangements with your associates, they must believe that if they give you their best, you’ll have their backs. This can’t be something you express only upon hiring someone, or at performance reviews or annual meetings. Trust must be earned, every day, in ways big and small. Especially small. There are only so many times you can award raises or bonuses, but there are countless opportunities to demonstrate empathy, if you’re involved and tuned in.